Inventor Customized Projects:
YES, we enjoy taking on new projects for published patent holders, corporations, Chamber of Commerce, and relatives/friends of patent holders.  We have a wealth of experience improving an inventor's individual or team patents.  See a sampling of completed custom projects below.

​Joe, coincidently a Patent Attorney, requested a 16x20" metal patent exactly duplicating the original patent.  As you can see from the illustration how I arranged the four pages.
Here is Joe's opinion on this project:
​
"It looks phenomenal. The black really looks great. I contacted Brian after seeing some of his work in a co-worker's office. I emailed him asking if he could do a custom job. We had a phone call and he took his time explaining everything and listening to what I would want a bit different from his norms and what the best options would be. I made my decision with his guidance and the end result is a gorgeous piece of wall art that is timeless. Thank you Brian!
​ 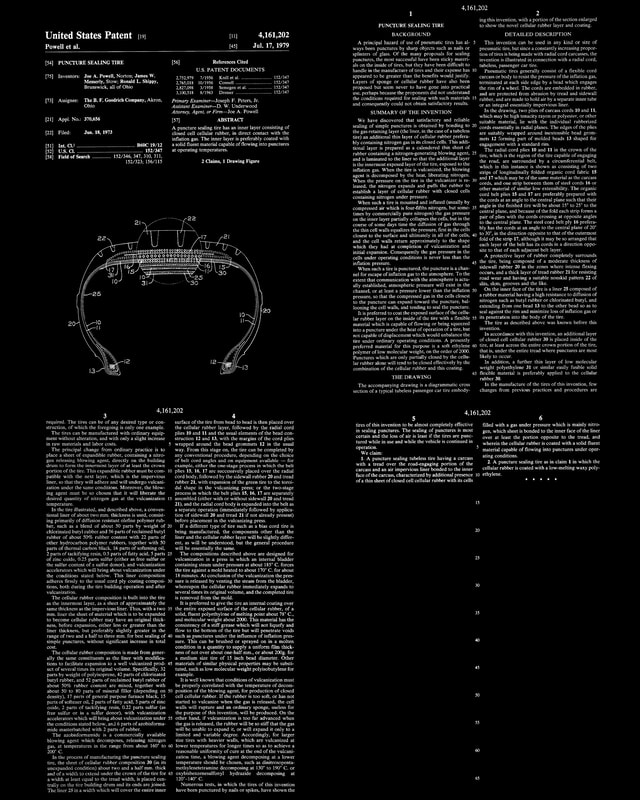 I had an opportunity to complete this unique Metal Patent Art.  I was able to incorporate four patents for a company that used to be a great client of mine during my Employee Benefit career.  Here is my former client's reaction to receiving this gift from an old friend and take a look at the four patent accommodated in this single 16x20" Metal Patent Art:
​
"Brian, the patent art is AWESOME!!!!!  Great work!  Larry"
​ 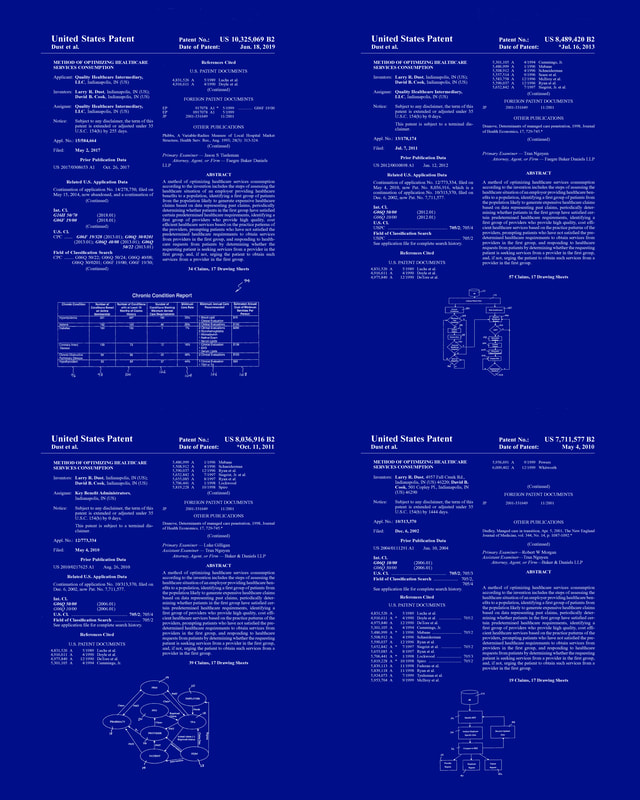 ​Your Feedback & Photos :
If you have a special treatment of our patent art that you would like to share with us and our website visitors, please do not hesitate to send us pictures and/or your feedback.

A 12 x 18" Metal Patent Art Patent project completed for his office
"I had the chance to see Brian’s work at a local craft show and was really impressed!  I shared my patent and patent art with him and he designed a great looking piece of art that I will be displaying prominently in my office. I will probably never make a dime off of my patent, but at least Brian made a great piece of art out of it!"
​ 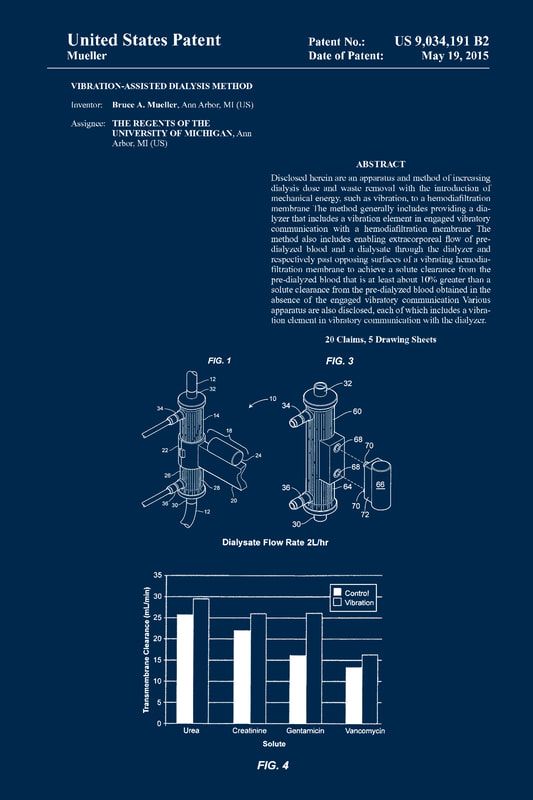 I recently completed a project for an inventor who was team lead or team member on four different corporate patents.  There were two specific requests from his wife who authorized this project as a Christmas gift for her husband.  First, include all of patent illustrations.  The first patent had five, second had eight, third had eight and the fourth had nine.  Produce four 14 x 11" metal prints in the color of her choice.  Both of these objectives were met to the satisfaction of this couple.  This was a challenging project that I really enjoyed.

Charles Roscoe is a very accomplished local inventor.  During his career with both Eaton and Dana he developed or co-developed four patents and even contributed some of his own drawings, seen above.  Even though he had received a simple wooden plaque for each of his four accomplishments, Charlie asked me to embellish his work into four custom 13x19" prints that incorporated all of the illustrations from each patent.  He selected mattes from our matte vendor and was very pleased with the final product.

We have completed a number of inventor-requested projects.  We met Jeff when we were selling at the Franklin Park Mall.  Jeff wanted to memorialize his patent.  After he described what he was looking for we recommended a 16x20" metal print.  The two pictures of the same patent show the navy blue metal print of his vineyard stake patent.  Jeff was very pleased with this treatment. 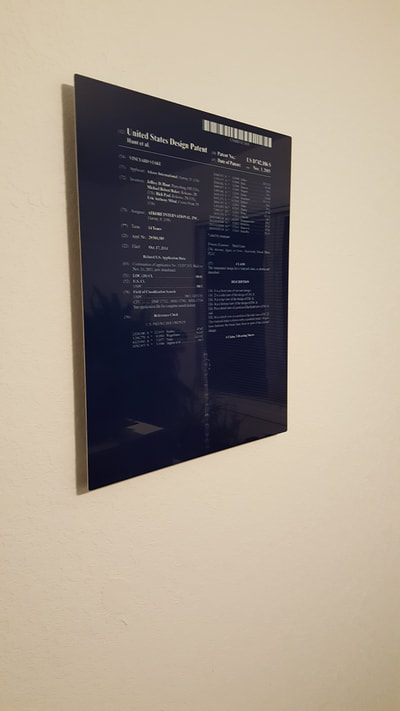 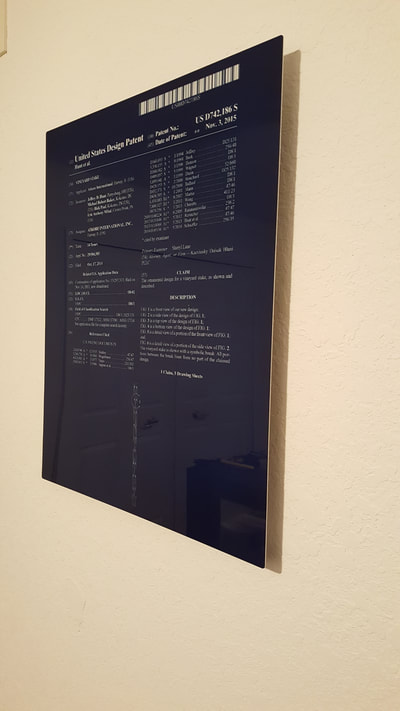